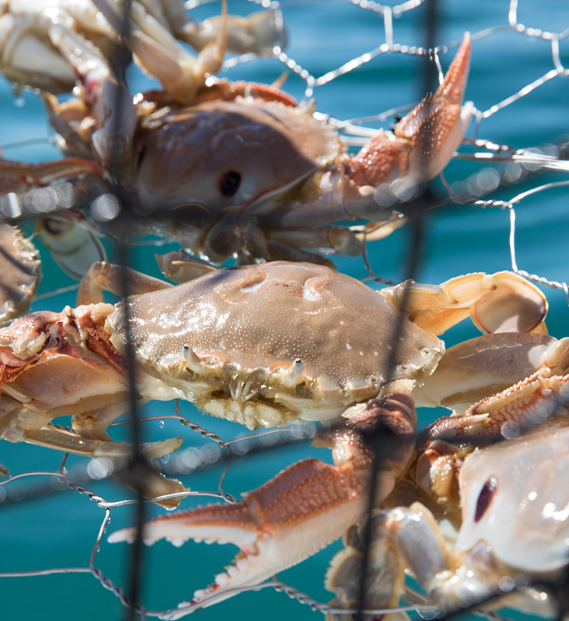 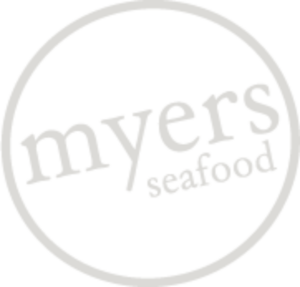 The window of opportunity in Coffin Bay isn’t the only thing that’s smaller either; the sand crabs found there are not typically as big as their Port Lincoln cousins. In fact, bearing in mind the minimum size is 10cm across the carapace (and approx. 200g), sand crabs from the Port Lincoln coast at certain times of the year can be as big as 500g each, and sometimes even bigger!

Fishing for sand crabs is very much weather dependent, with tides also playing a huge factor. Trips to sea last no more than 12 hours with crabs being freighted the same day to buyers.

Fun fact: During the winter months when a crab feels their old shell has become too tight, it splits it and climbs out, leaving the old shell behind. The soft new shell temporarily leaving the crab fully exposed, allows the crab to expand and grow. Their new shell will over time, fully harden to the point whereby that shell becomes too snug, and the cycle begins all over again.

With a limited number of commercial licences in South Australia that are endorsed to fish sand crabs, their stocks are closely monitored by PIRSA.

Fishermen are allowed up to 10 pots each (drop, or “hoop” net), a maximum of 107cm across. Any crab taken must be at least 10cm across the carapace side to side. Females (always smaller than the male) with external eggs are totally protected and must be returned to the water immediately. With these rules in place (and the fact that sand crabs, particularly in Coffin Bay, don’t grow very large and are therefore almost always returned to the ocean), crab numbers are well-sustained.

Featuring a sweet, nutty flavour and moist firm flesh, sand crab presents superb eating. At their best during Australian summer, crabs are well worth the trouble it takes to pick free all the meat, especially when accompanied by a crisp glass of white, or an icy cold beer!

Sold by the kilo